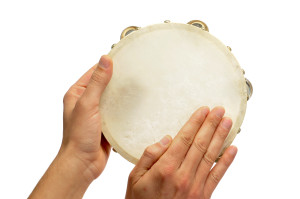 Medical facilities are fast realizing the benefits of music therapy to reduce pain, induce relaxation, reduce length of stay in the NICU, assist with SLP/OT/PT rehab through singing or entrainment exercises, and generally increase quality of life for the medical patient.  A board-certified (MT-BC) music therapist will design the appropriate program using “client-preferred music” for your needs.

“Results of this study support the use of developmentally appropriate music listening as an effective intervention to reduce duration and frequency of inconsolability with premature infants.”

“Results of the current study support the use of live music therapy [procedural support] intervention for teenage and adult patients undergoing MRI scans…live music therapy has the potential to shorten the length of time required for individuals to complete MRI scans due to decreased patient movements and fewer breaks.”

“…this study indicates that music therapy may influence vocal production in PD [Parkinson’s disease] patients. Vocal and singing exercises with an emphasis on phonatory and respiratory efforts may have great potential to provide PD clients with stronger vocal projection, which enhances improvement in speech intelligibility.”

For more information on music therapy for pain management go to:

For more information on music therapy for Alzheimer’s Disease go to: